Don’t listen to teachers unions saying how amazing our school system is! Listen to the university professors! Read about Anne Stokke (Math prof). Read the study discussed by Barbara Kay

On another related note, teachers unions are whining loudly about the 1% cut in GSN funding (funding per student) after many years of large increases. This marginal cut is partially because increasing costs to taxpayer on teachers pensions (almost double in 3 yrs). https://www.benefitscanada.com/news/incorrect-pension-accounting-significantly-understates-ontario-deficits-auditor-general-113790

A new study, “Academic Skill Deficiencies in four Ontario universities,” offers solid, but troubling evidence that the secondary schools feeding universities are falling well short of expectations on the skills-building front. In fact, this study, conducted at four Ontario universities — York, Western, Waterloo and Toronto, which together enrol 41 per cent of Ontario undergrads — found that “only about 44 per cent of students felt they had the generic skills needed to do well in their academic studies, 41 per cent could be classified as at risk in academic settings because of limited levels of basic skills, and 16 per cent lacked almost all the skills needed for higher learning.”

The study was motivated by Grayson’s and Kenedy’s frustration in having to teach students they deemed unprepared in the critical thinking and research and writing competency required for their social sciences courses at York. Wishing to know the students’ point of view, in late 2017 they surveyed 22,000 students from all disciplines and levels of study enrolled in the faculty of Liberal Arts and Professional Studies at York. They posed 50 questions to students of all demographic backgrounds. Skill questions focused on writing ability, test-taking, analysis, time and group management, research, giving presentations and elemental numeracy. A year later, the same survey was performed at the three other universities cited. The results were consistent across the board.

And, as noted, the results were dismal. Students in the at-risk and dysfunctional groups received poor grades, were more likely to consider dropping out and reported dissatisfaction with their university experience overall. One student’s comments summed up typical complaints: “Not enough time on tests. Have difficulty citing. We are not taught. Have difficulty with multiple-choice, short and long answer questions on tests. We should be taught how to cite properly!”

Notably, the authors say that these “effects held independently of students having good grades in high school, of being a domestic or international student, of being the first in their families to attend university, of gender, and of having spoken English in their homes while growing up.”

One cannot blame the universities for these student deficits, which, the authors observe, are often irremediable over the course of campus residency. Clearly the secondary-school system is failing to meet basic pedagogical objectives, and is failing to cull incompetent students. University students should be honing already-absorbed competencies, not learning them from scratch, nor should university-level academics’ time be wasted in remedial instruction.

But pedagogues K-12 are often in denial of the problem, because they are themselves in thrall to the “self-esteem” zeitgeist, about which so much ink has been spilt. They are giving good grades to work that does not merit it, because of the prevailing “all must have prizes” culture they operate within. In a 2008 study, psychology professor Ellen Greenberger found that two-thirds of university students believe that if they’re “trying hard,” their grades should reflect their effort, not their actual achievement. One-third of the 400 undergrads her team interviewed for the study felt they deserved a B grade just for attending most of a course’s classes.

One of the Grayson et al study’s authors, James Côté, co-authored the 2007 book, Ivory Tower Blues: A University System in Crisis, which reported the results of an in-depth analysis of the self-esteem movement’s consequences at Western University in the faculties of arts, social science and natural science.

The authors wrote: “Students with high self-esteem based on false feedback are much more difficult to teach because many cannot take criticism and feedback without assuming that it is personal. Experimental research suggests that such people attempt to preserve their self-esteem, not by altering their behaviour so that it becomes more based in reality, but by attacking the source of the threat.” More than one-third of the profs they interviewed identified fewer than 10 per cent of their students as “fully engaged.” Over 80 per cent of professors said they had dumbed down their course work, and had reduced the frequency and difficulty of assignments.

But even when course work is made easier, the students are not prepared. One student wrote to professors Grayson and Kenedy: “IM IN FIRST YEAR AND IM DOING SO BAD AND IM SO SCARED BC IM FINDING IT REALLY HARD TO MANAGE MY TIME AND MY ANXIETY HAS GOTTEN SO BAD AND IDK WHAT TO DO AND IM SCARED OF GETTING KICKED OUT AND IM JUST SCARED.”

This study might well have been called “Scary cultural chickens coming home to roost in Ontario universities.” Over to you, Premier Ford.

Many of the silly courses are “O level” (Open Level) and are used by kids in the “Academic” (ie. headed to university) stream. They are ridiculous compared to Academic courses (which are also too easy)! 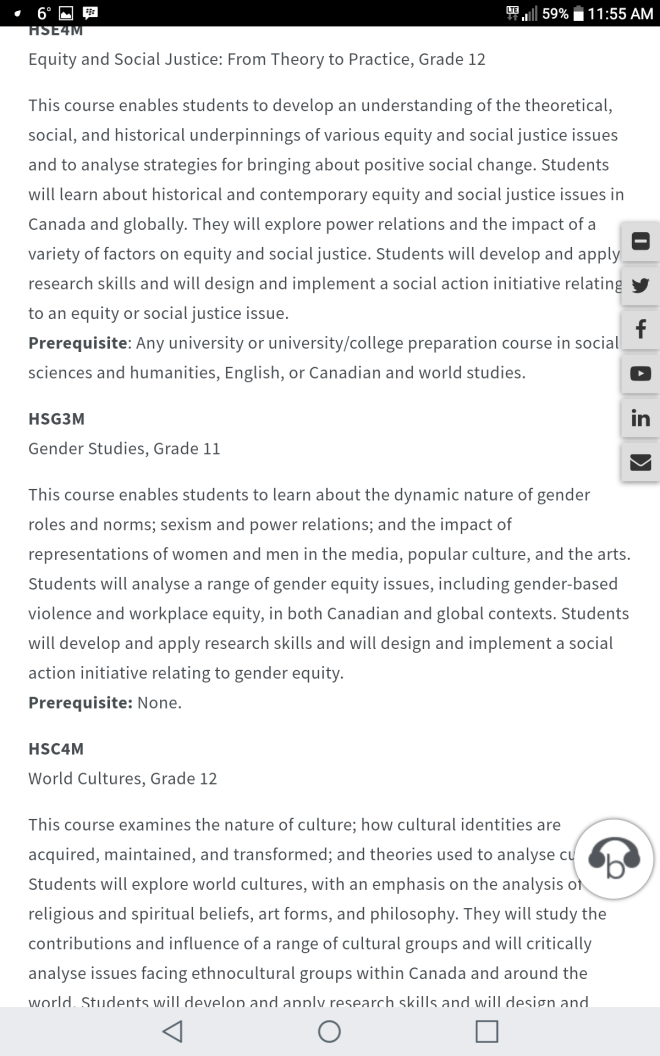 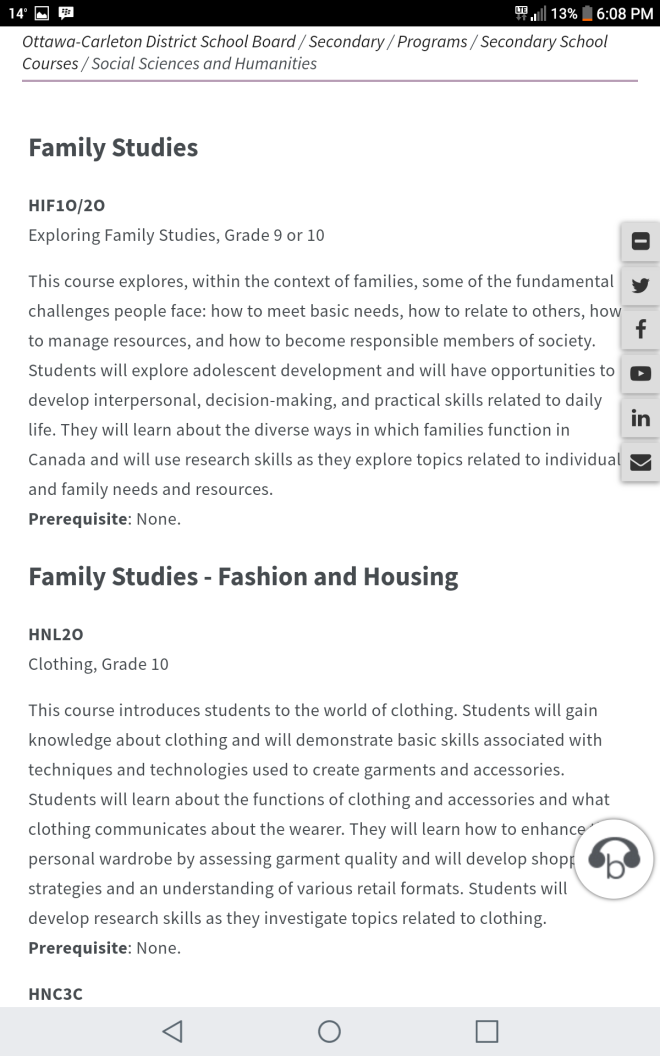 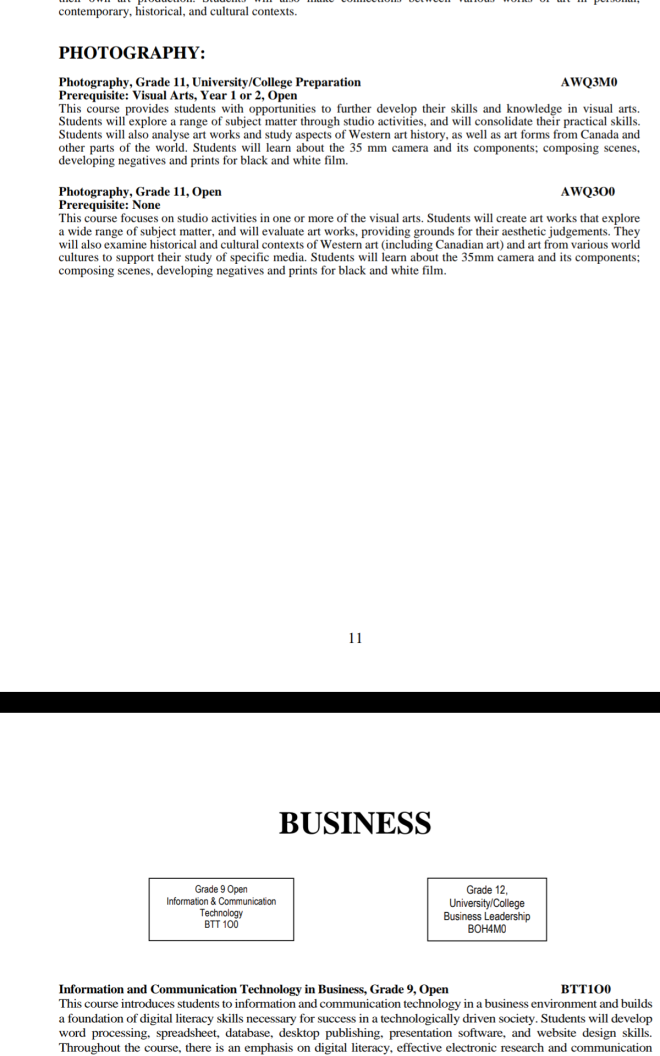 IFSD Chart (not including taxpayers’ costs of Teachers pension plan)