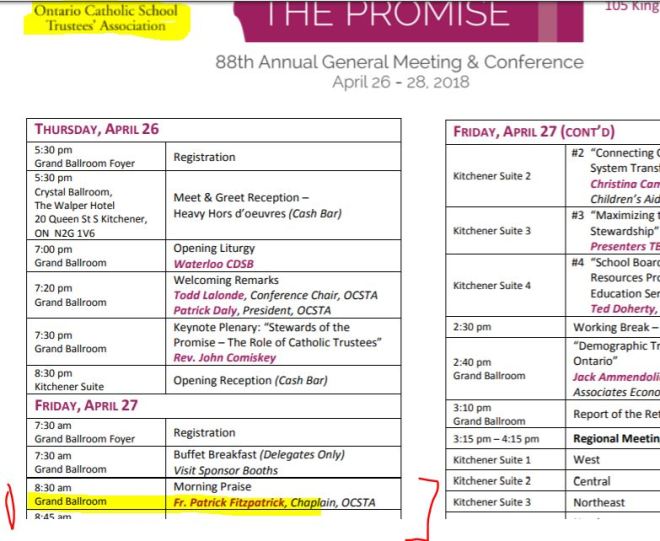 Concerns have also been reported about the record of Fr Arthur Carragher in Nigeria, where he served for 17 years before joining the teaching staff at St Marys College in 1969.

The paper says he transferred to Toronto in 1971 but was accused by four men of abusing them during his brief time in Dublin. In 2002 he admitted to abusing two of the men, and they were paid compensation.

He remained in ministry and died in Canada in 2011.

2001 allegations of sex abuse dating to his years at St. Mary’s – admitted he had abused two brothers at the school.  No extradition treaty between Canada and Ireland so did not return to Ireland to face charges (plus claims he could not travel because of poor health).  After his return to Canada address listed as that of Laval House, a Spiritan home in Archdiocese of Toronto.   A 2004 Spiritan publication lists him as one of a group of Spiritans ministering in the Diocese of Hamilton. Died in Canada in January 2011.

Father Pat Fitzpatrick, the Ontario director of the Spiritan order, spoke to Fr. Carraher yesterday, but has not encouraged him to return to Ireland and face charges of his own volition.

“I’m not taking this matter lightly and I’m certainly not dismissing it,” Fr. Fitzpatrick said. “When I find out what exactly is going on, we will be in a position to make some decisions.”

=================
What decisions did the Spiritans and Fr Fitzpatrick make between 2001 and 2010 (TEN YEARS!) ?? What years was Fr Fitzpatrick Provincial Superior? Was he Superior when Carragher was supposedly in active ministry in Hamilton in 2004? Still too sick to travel?

Of course, maybe fitzpatrick stopped being Superior in 2002.. But the abused children in Ireland deserve answers about why Fr carragher never went to Ireland for a trial from 2001 to 2011. Perhaps, Fr Fitzpatrick is a great man who did everything he could to get this priest to go to Ireland.. WE JUST DON’T KNOW!