A friend asked Jimmy Ryan to tweet a selfie with an anti-abortion image. He said he wasn’t into selfies.

That was not true.

Then he spent 7 tweets talking about capital punishment, poverty, Trump Health care etc etc.. And those were his prolife focuses (they are really called foci). Apparently 100,000 abortions in Canada doesn’t warrant a retweet of a Campaign Life M4L tweet, but he can expend the effort to send 10 tweets making excuses for not doing so.

@OttawaDaddy To fight for safe work places so that no Westray disasters happen again is to be prolife.

Yes, 26 men died 25 years ago in Westray mine. A terrible tragedy.

2.5M babies have been murdered in Canada since then. 500 babies will be killed today in Canada. So when an OECTA person tells you they are prolife, know exactly what they mean. It is mine safety!!

We obviously don’t expect an anti-abortion tweet from current OECTA Prez, Ann Hawkins. She is an official signatory of the FAFIA pro-abort document (as is OECTA itself). She also tweets “pro-choice” tweets like this: 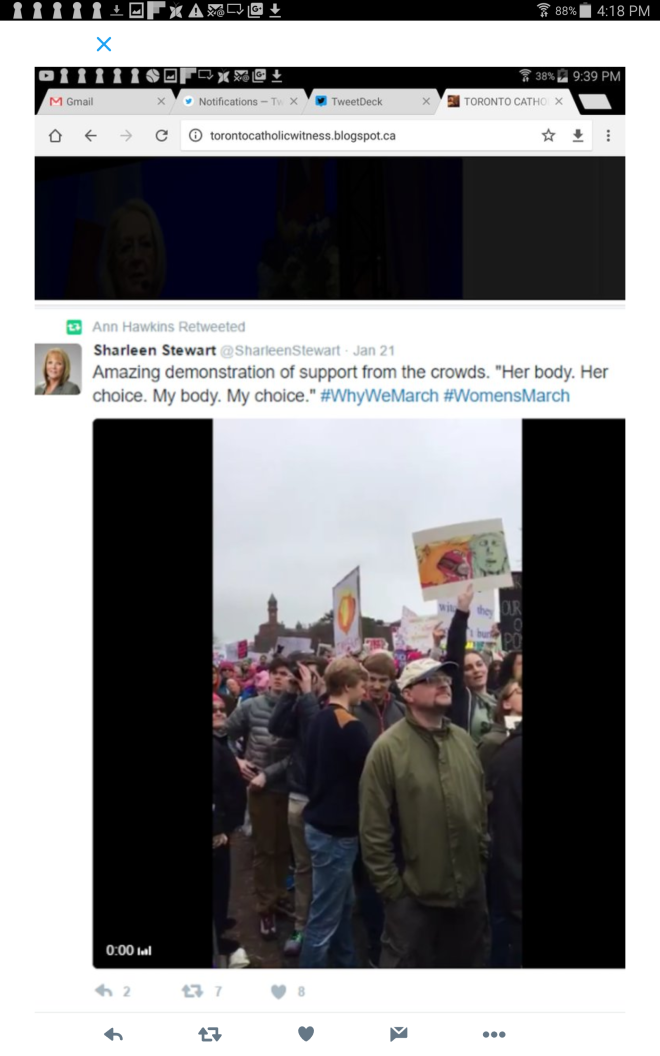