Greetings to the OECTA Lawyers and others who may be against free speech and want to persecute those Catholic who have taken a vow of obedience to the Magisterium.
There were only 11 bullets in the President’s Report to the OECTA AGM. 3 of them are very relevant to us.

3) This blog is not about bullying – it simply “re-broadcasts” tweets and other public announcements from OCSB and other teachers and contrasts them to the Teachings of the Church (usually the Catechism or a relevant “Pope quote”). We do MUCH more than LGBTQ issues (eg. history lessons, Islam in World Religions, Hot 899 Hotties), but OECTA seems very pre-occupied on LGBTQetc issues!

Whiny teachers that complain to their union and get lawyers to look for ways shut down Free Speech sites remind me of the book “Liberal Fascism” by Jonah Goldberg. Will the Catholic Intelligence Blog be “Rosica’d”? for simply re-posting teacher tweets?

4 There is a small number of faithful Catholic teachers who belong to Guilds. OECTA is “monitoring closely” as they want to keep a monopoly of Religion AQ courses and they are angry that the Cardinal has shown the Guilds some favour and he dared to tell OECTA that OECTA has a misunderstanding of the Faith. At the end of the PDF, there is page after page of Deborah Gyapong articles about the Guilds.  (PS: Why is a union in charge of Religion education?)

10) OECTA seems to be quite “proud” of being praised by Xtra gay newspaper. And OECTA seems to delight in calling the Bishops “villains”. Xtra never even called the Bishops villains. Of course. President Jimmy is comfortable writing this in March 2015 as the Fall 2014 ACBO meeting was much more lame than even he expected (see 5)

11) Page after page of Harper Derangement Syndrome (HDS). Education is a provincial matter – OECTA seems more focused on federal issues because they suffer from HDS. 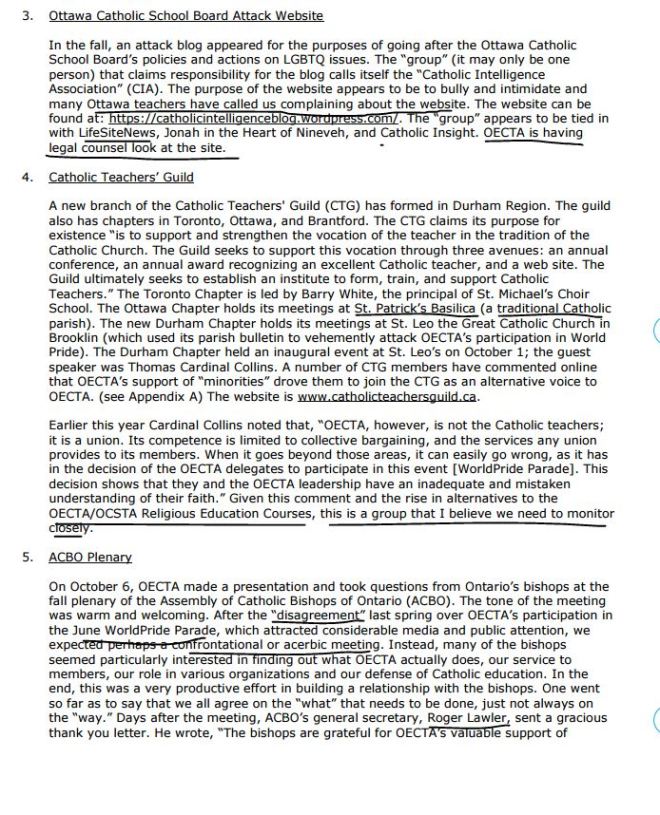 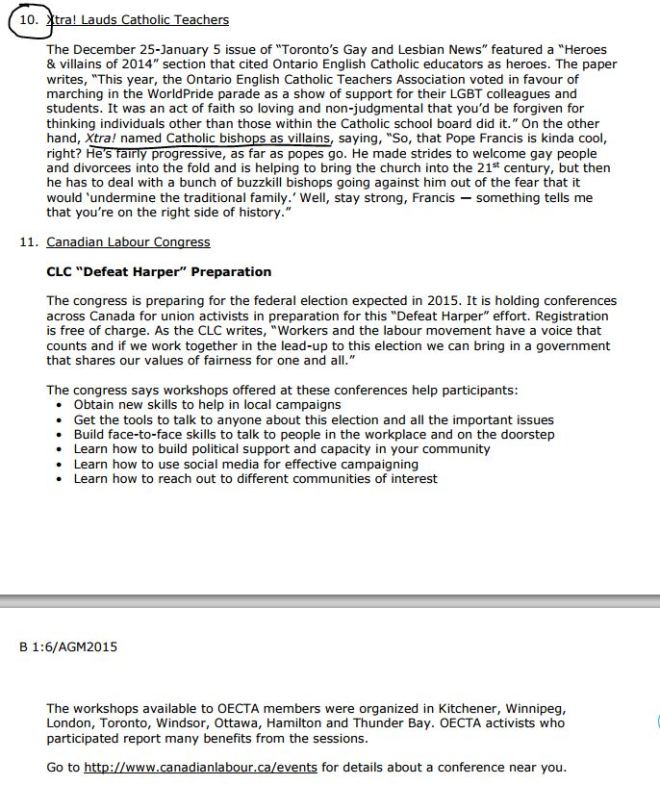