Expect a strike or work-to-rule in #OCSB schools this fall.

The New President of OECTA (ie. OE*TA) is now a non-Catholic. Not as in non-practising or heretical, but not even Catholic in any way. She is big into social justice and women’s rights

The opening and closing prayers were not done by a priest. Instead they were Aboriginal. No idea whether they were Catholic-compatible or called out to spirits. (Aboriginal Prayers can certainly sometimes be Catholic – just like Celtic- inspired prayers to the Trinity) 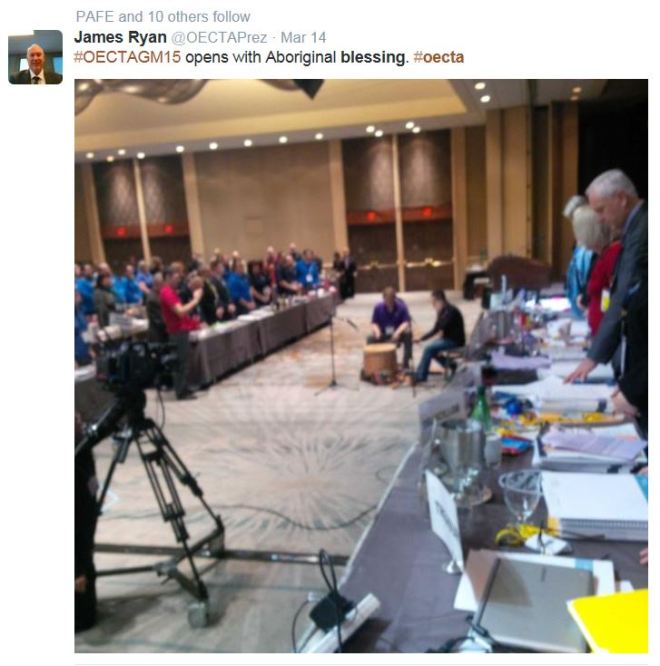